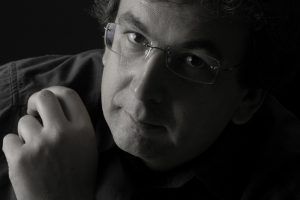 Piotr has a huge experience in musical performance. In 2003 he became more interested in composing. From that moment on, his passion and profession became composing film and illustrative music. In most of the projects he also deals with the instrumentation, conducts the orchestra, records the piano parts and plays and programs virtual instruments. With his fundamental knowledge of classic stylistics he constantly explores developing modern instruments and modern ways of sound production. He has composed music for several feature films, many tv series and documentaries. In 2015 Piotr as an arranger and a composer took part in the biggest music production of the Polish TV - a movie and a TV series about Polish showbiz star from beginning of 20th century - Bodo. The film will be in movie theaters at the beginning of March 2017.